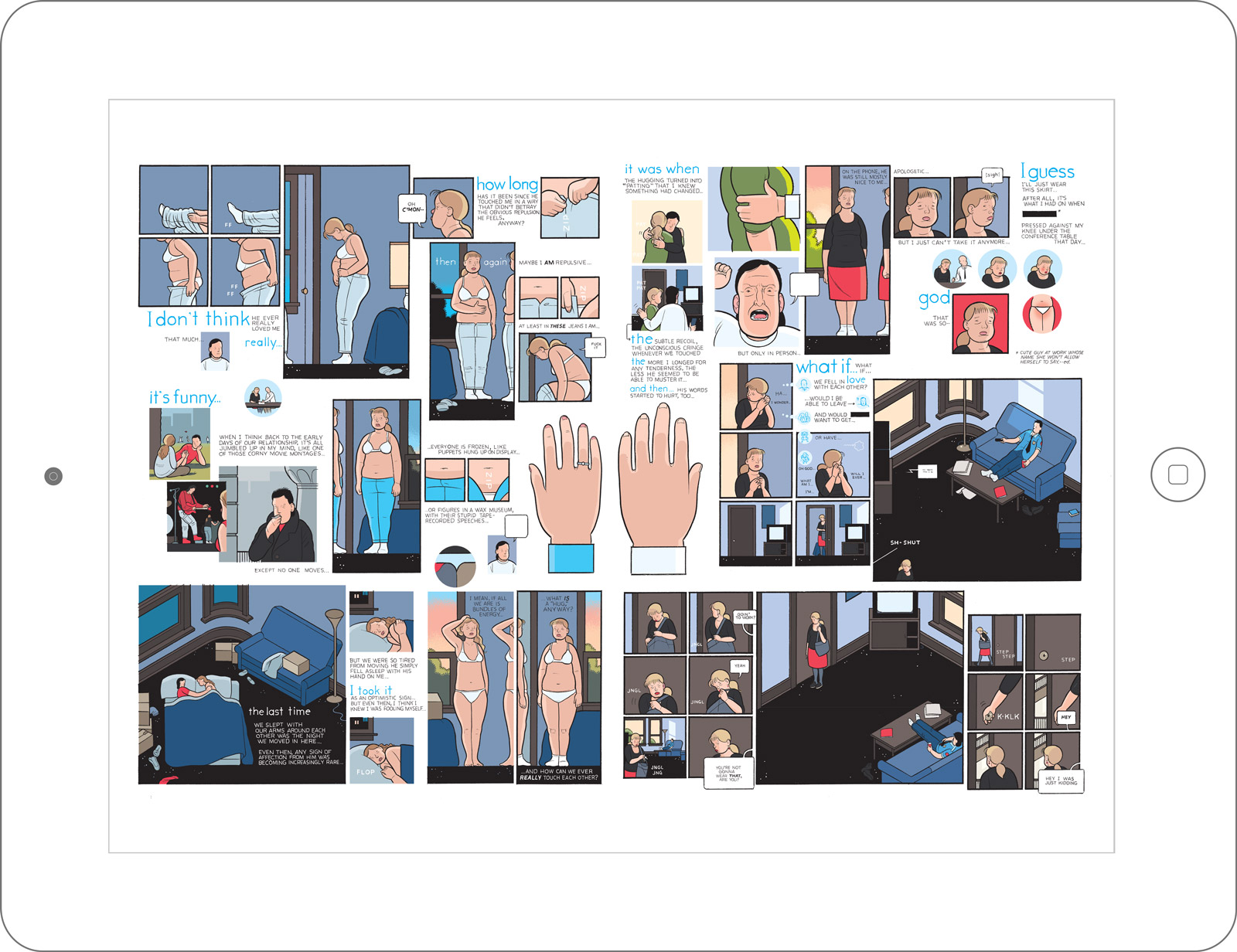 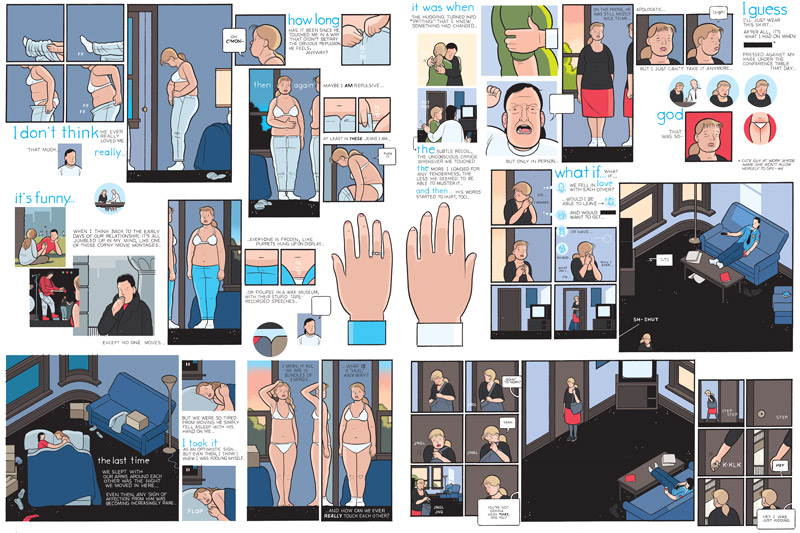 Touch Sensitive by Chris Ware was first published digitally in 2011, when it was bundled inside the McSweeney’s iOS app. A version of the story later appeared in print as part of Ware’s Building Stories (2012), but the interactive edition has been unavailable since 2013 when the McSweeney’s app was removed from sale. In 2016, the original team worked to rerelease the project as a standalone app, with all original gestures and transitions intact—even though the “swipe” gesture, which then felt natural, now seems a little excessive. Who would’ve guessed?

This edition published by Sudden Oak